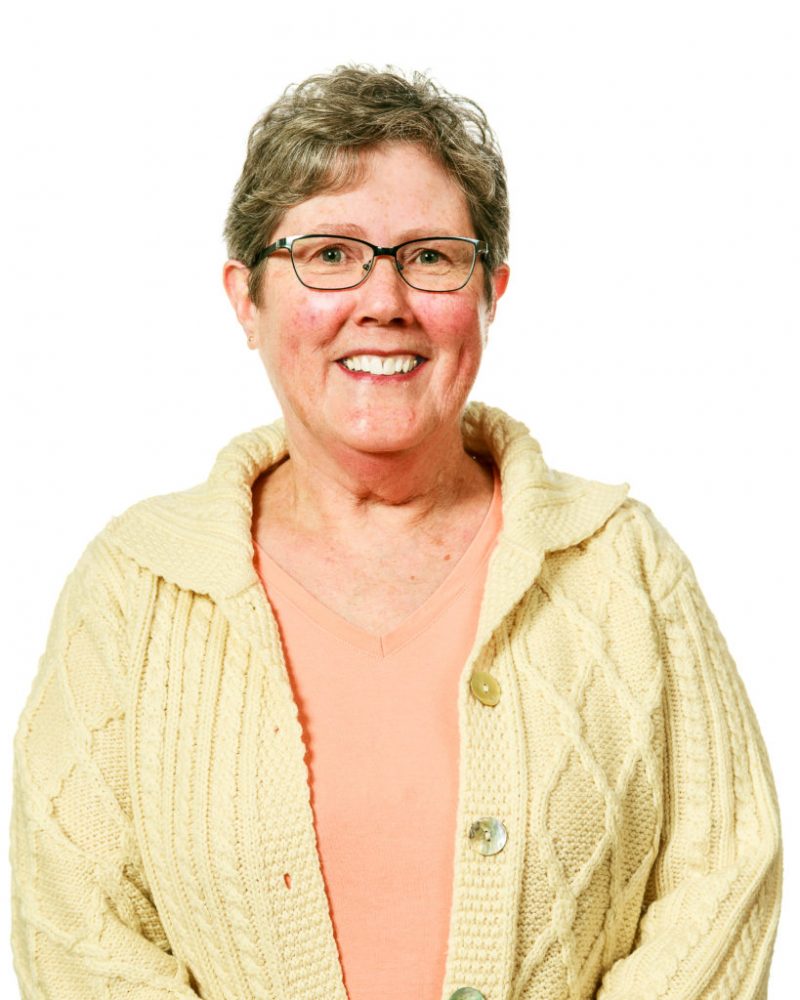 On Friday, October 25, 2019, the Monadnock Food Co-op celebrated its ninth Annual Meeting with a gathering of over 150 Member-Owners.

Each year the Board of Directors selects a “Cooperator of the Year” for special recognition of that individual’s commitment to the Cooperative Values of self-help, self-responsibility, democracy, equality, equity, and solidarity. This year’s recipient was Judy Rogers, owner of Prime Roast, a coffee shop in downtown Keene. Judy is a Keene native and has long been at the center of business activity in the area. She demonstrates co-op values in her employment practices, her participation, and leadership in the business and nonprofit communities, and in her open, affirming, and welcoming approach with everyone she meets.

The co-op community was treated to the premiere showing of Greg Pregent’s film, Locally Rooted, which tells the story of the Monadnock Food Co-op Farm Fund, a partnership project of the Monadnock Food Co-op and the Cheshire Conservation District. The film introduces the viewer to four recipients of funding from the Farm Fund, including the farmers from Tracie’s Community Farm, Echo Farm, Archway Farm, and Manning Hill Farm. The film was followed by a discussion led by Mark Florenz, owner of Archway Farm, about how the fund has benefitted the operation of his farm.

The business portion of the meeting included a report from our co-op’s General Manager, Michael Faber, and Drew Bedard, Finance Manager, on the “state of the store”. They concluded their report with an up to date timeline for the proposed 6700 square foot expansion of our store. We expect final decisions about financing to be made by the Board in late November with a ground-breaking next month. If all goes well, we should open the newly renovated and expanded store about a year from now!

Finally, over 680 members voted to fill three positions on the Board of Directors. Elected were Jed Hart, Emmi Haddock and Carolyn Crane who will each fill a 3-year term on the Board. Thanks to everyone who participated.  If you are interested in Board service, please let us know. Or if you would like to attend a Board meeting, you can contact us at board@monandockfood.coop.

Liz & Ralph are ready to serve you some amazing si