We are proud to carry the goods of over 350 local farmers, growers, brewers, bakers, makers—everything from apples and cheese to salsa and zucchini. Because of our proximity to other states, local for us is considered “110 miles as the crow flies”. 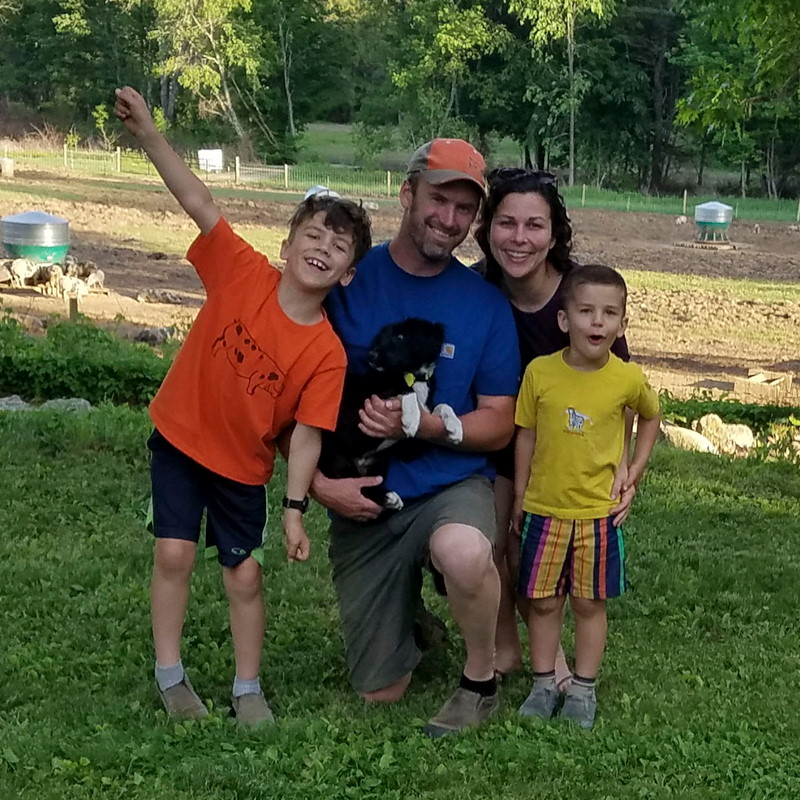 Drive down Arch Street in Keene, and you may recognize Archway Farm right away. The landscape becomes dotted with pig huts and pigs happily doing their thing—rooting, grazing, and rolling in the mud. Mark Florenz started Archway Farm in 2014, bringing this land back to its farming roots.  His heritage pigs grow slower than other breeds, allowing for more marbling, which makes for more flavorful meat. Archway Farm is Animal Welfare Approved (AWA) by A Greener World—the most highly regarded food label when it comes to animal welfare, pasture-based farming, and sustainability. 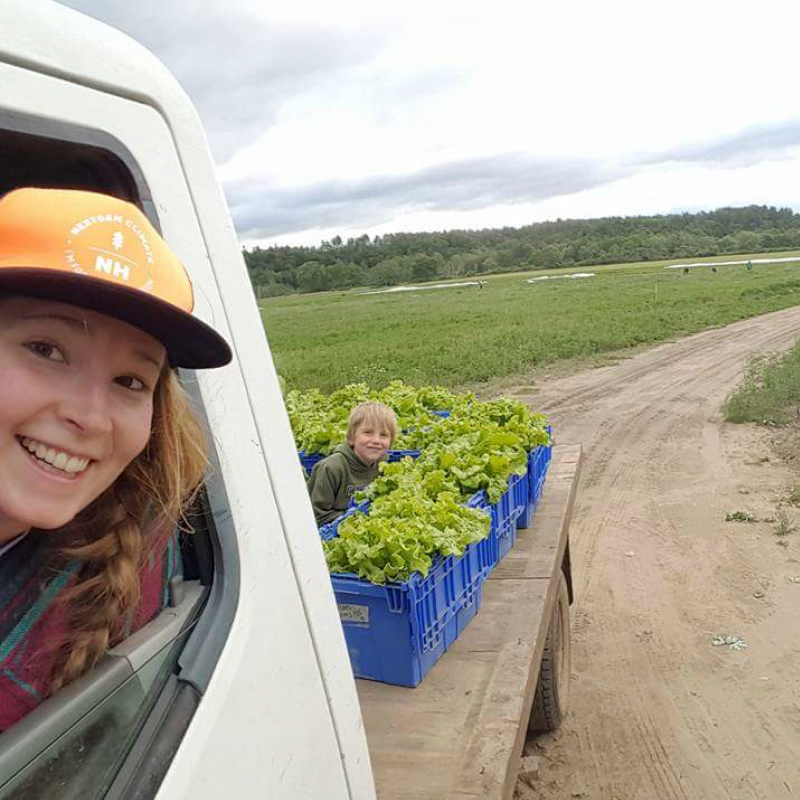 Over the past few years Brookford Farm has consistently grown over 35 acres of certified organic vegetables in Canterbury, NH. Rotation can play a huge role in agriculture. Their vegetables move to new fields every year, allowing multiple years between when a crop is planted again in the same location. In the meantime, thousands of animals graze, hay and winter feed bales are made, cover crops are grown, and composted manure is spread. The advantages often lead to much less pest and disease pressures, healthier plants, longer growing windows for certain crops, and less dependence on biochemical sprays. 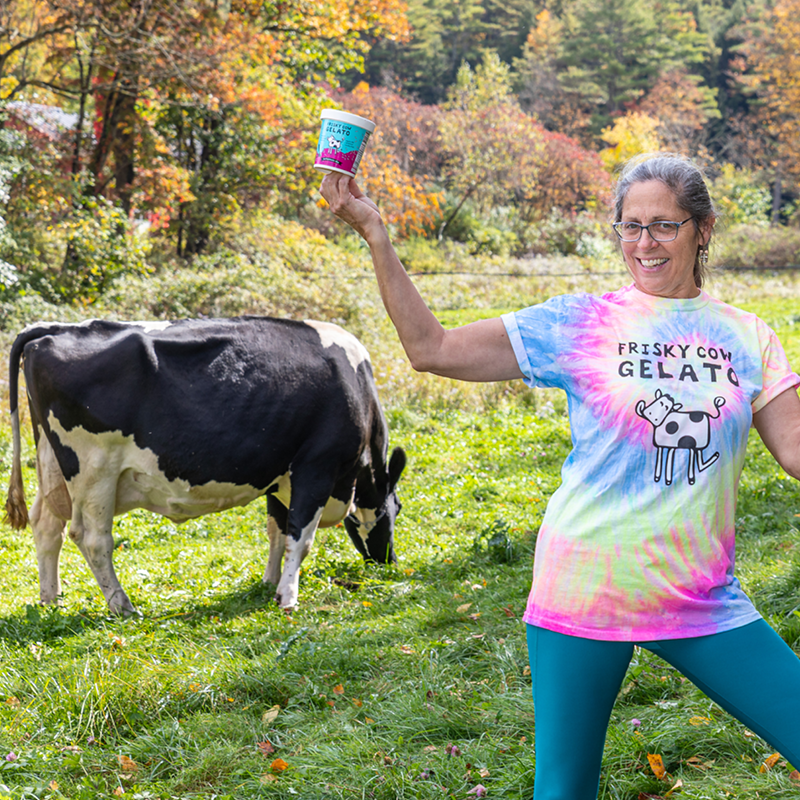 After years of working at and being on the board of Stonewall Farm, Linda Rubin began thinking about the dairy operation and wondered if she could build a business using milk from the farm, selling it locally, and donating a portion of the profits to the Farm? “The answer was, YES! I love Stonewall Farm and I love gelato,” said Linda. So, off she went to Carpigiani’s Gelato University in the spring of 2018 and since then I’ve been having a blast! Life is full of joy!” And we’re joyful to see our freezer stocked with this yummy local treat! 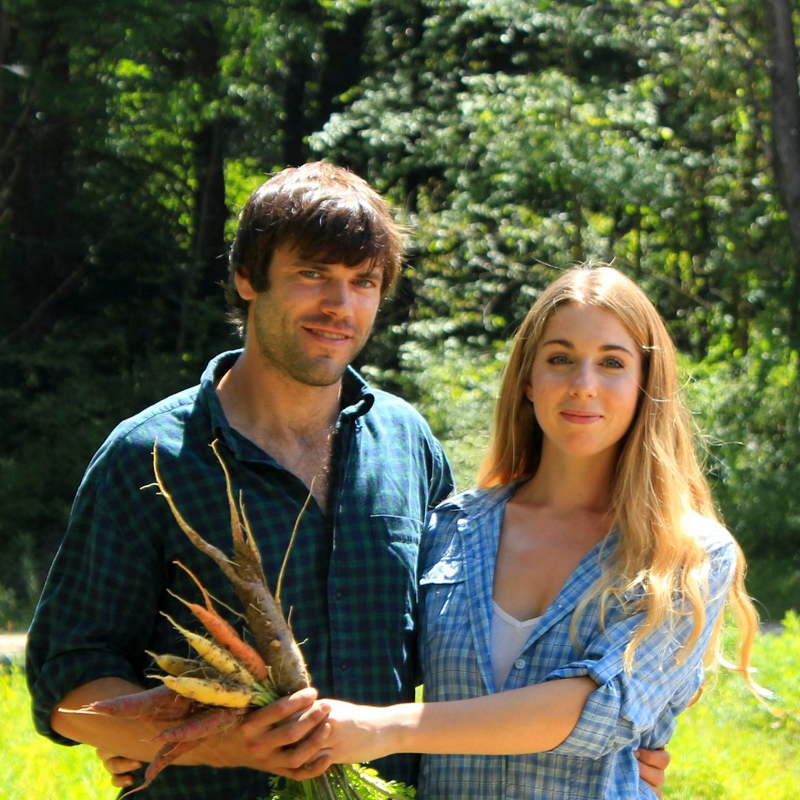 Everything at Generation Farm is lovingly grown, harvested, and packed by James Stever and Marley Horner, a husband and wife first-generation farming team.  Their certified organic farm specializes in salad greens.  James became inspired by agriculture in Kyrgyzstan where he lived as a Peace Corps volunteer. He went on to intern at the Stone Barns and Quail Hill in New York before moving to New Hampshire to start his own farm. Here, he met Marley while she was working at the local food co-op in town.  They produce most of their electricity through solar power and heat their barn with a wood pellet burner. Both feel grateful to be a part of the next generation of farmers, establishing more small sustainable farms for the health of our society and the environment. 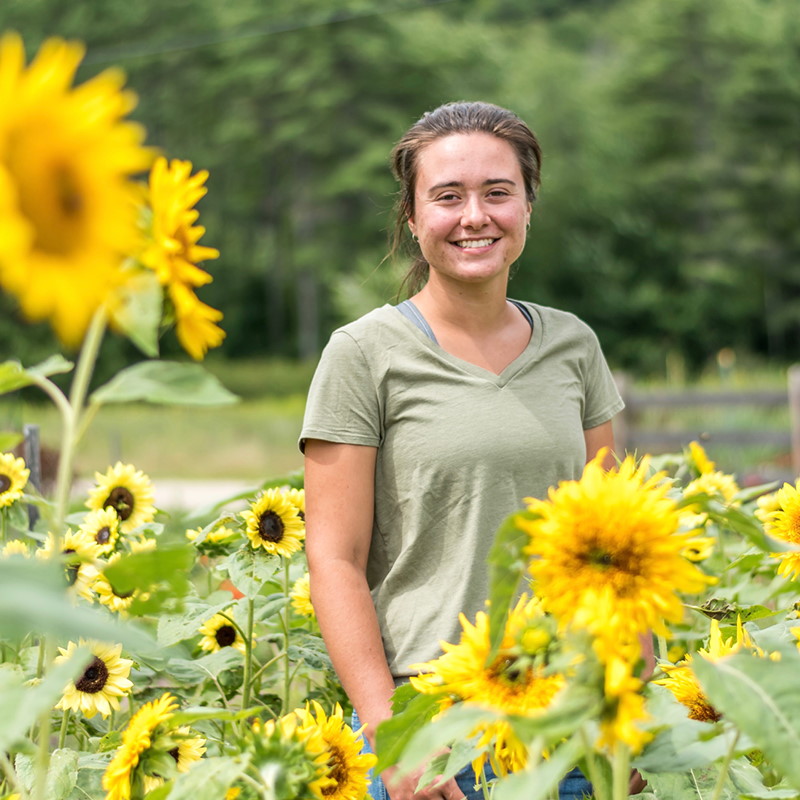 From mid June until early October, you’ll find Maegan Williams and her team picking over 40 distinct varieties of flowers and foliage from the Gilsum Gardens fields and greenhouses. The field season starts with fragrant Snapdragons, stately Delphinium, and cheerful Icelandic Poppies amongst other hardy annuals like Bells of Ireland, Larkspur, and Stock. As the season progresses, colors grow bolder in the form of Zinnias, Sunflowers until late season with a vast offering of Dahlias of all forms and colors. In addition to flowers, Gilsum Gardens grows fragrant and colorful herbs and foliages and spring bedding annuals. Look for Maegan’s gorgeous cut flower bouquets in our produce department or near the registers. 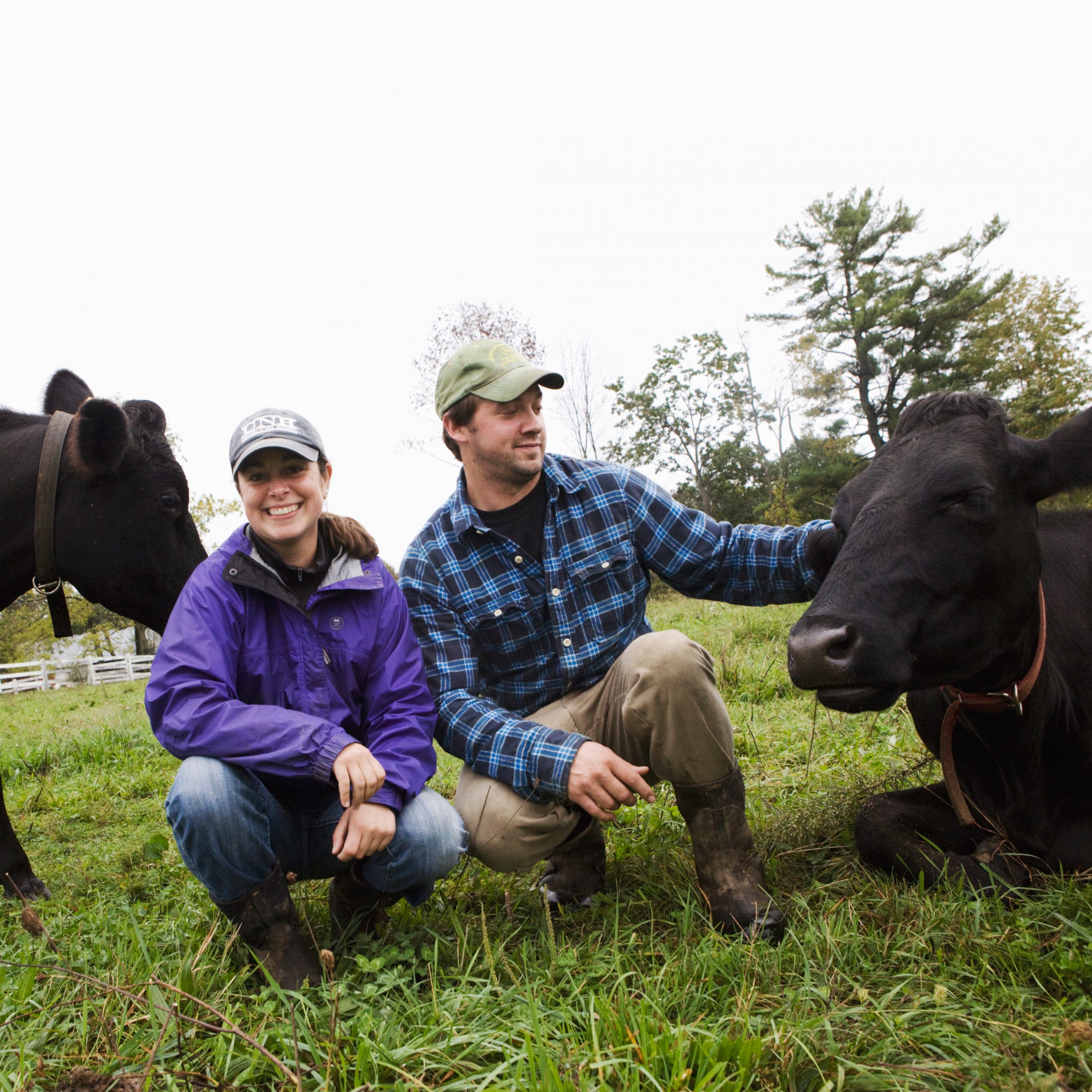 Sarah Costa and Sam Canonica, first-generation farmers, bought their 126-acre farm in 2005. They raise grass-fed Dutch Belted dairy cows, a breed known for its naturally homogenized, sweet-flavored, and more easily digestible milk. Manning Hill Farm gently pasteurizes and bottles its milk on-site in reusable glass bottles, a practice that’s good for the environment and helps maintain the flavor of their milk. Best of all, the milk comes straight from the farm to the co-op and you. 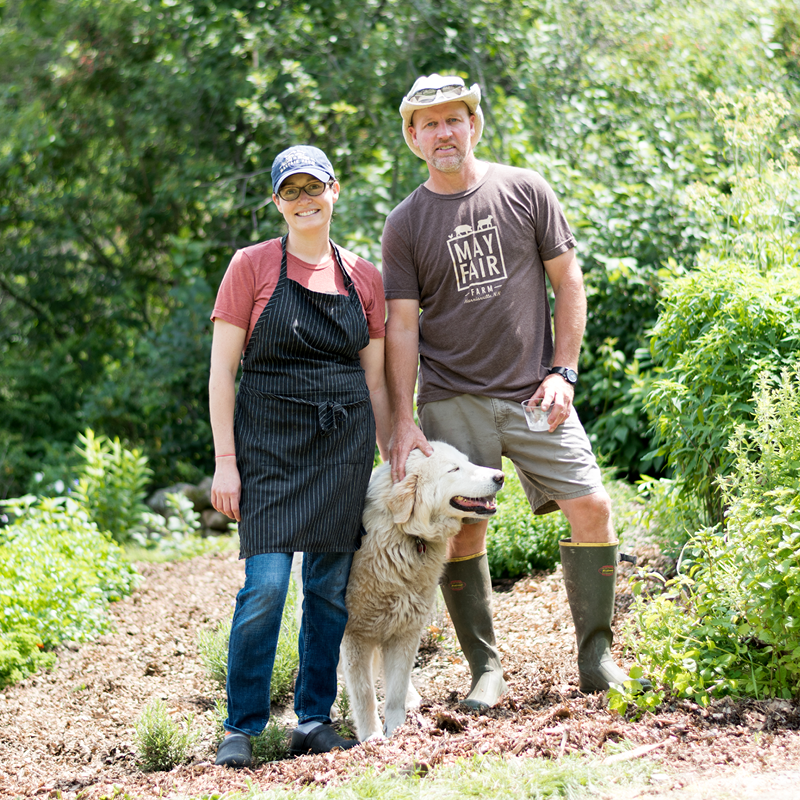 At Mayfair Farm, Craig and Sarah, focus on raising old style pig breeds and Dorset cross lambs in the woods and on pasture, feeding them non-GMO grains. Their sustainably raised meat is full of flavor and produced humanely without destroying the environment. Additionally, you’ll find Sarah’s handcrafted, award-winning, gluten-free Almond Cakes and Flourless Chocolate Cakes next to our beverage bar. 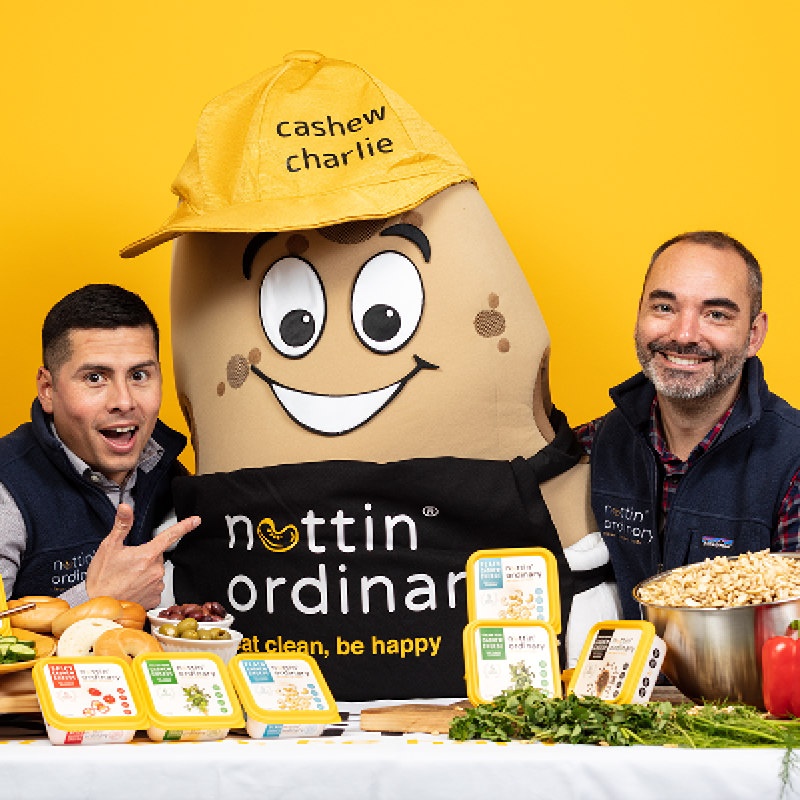 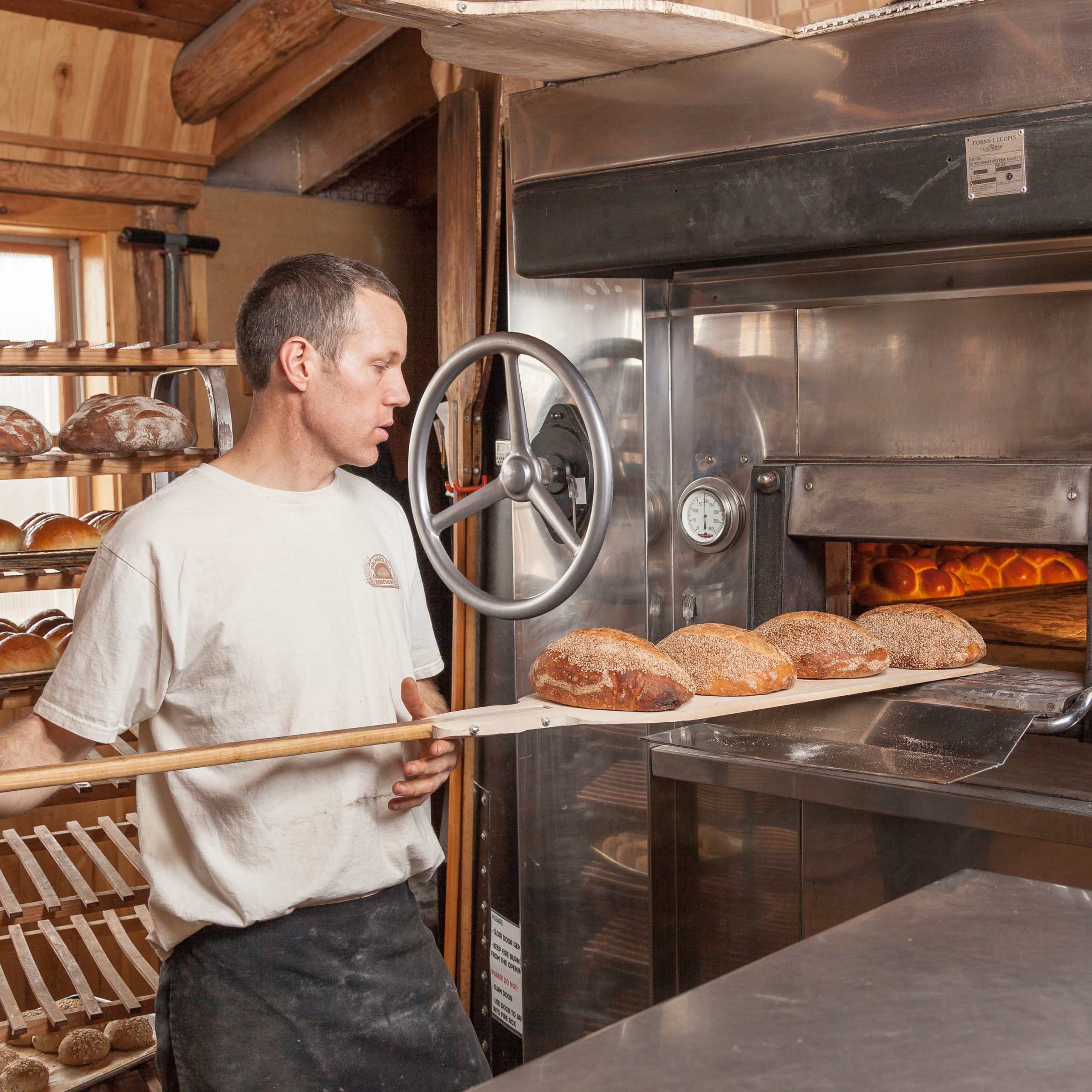 Orchard Hill Breadworks is a wood-fired artisan bakery located on a third-generation homestead. Since 1997, Noah Elbers and his crew produce traditional bread with integrity using only organic flour, grains, and seeds. They use sourdough as a leavener, enhancing the nutritional value of their bread plus its texture and flavor. During the summer months, they host a weekly Pizza Night — a fantastic family event and a great fundraiser for a local nonprofit. 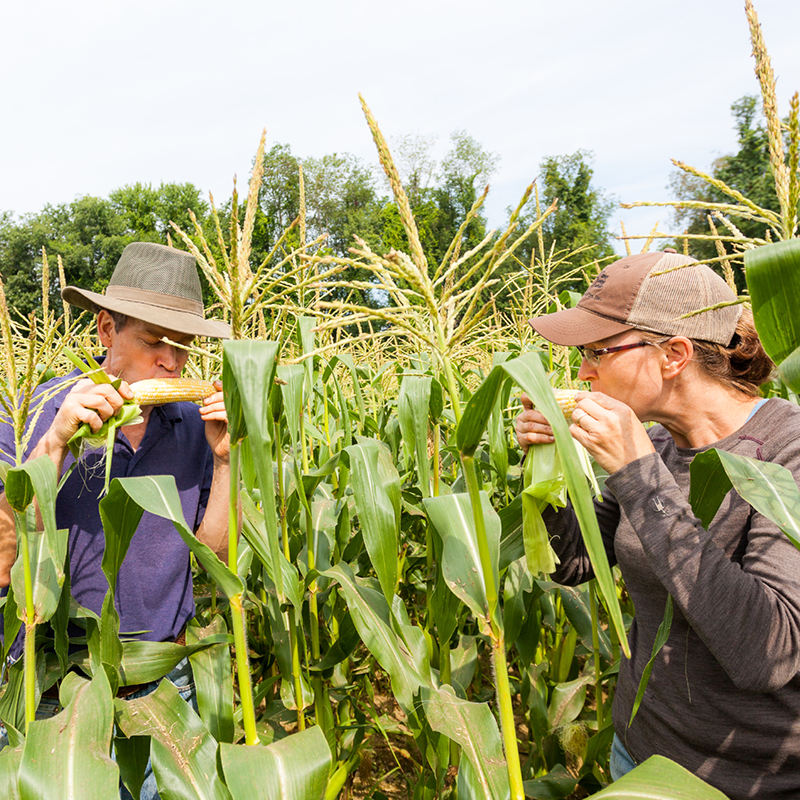 Jenny and Bruce Wooster, first-generation farmers, own their 71-acre certified organic farm — cultivated by other farmers for many generations before them. Most recently, the farm was a dairy farm, run for 35 years by the Hudson family. In 2006, the Woosters bought the farm with its fertile Connecticut River Valley soil. Each season, produce is grown on twenty-six of their acres and soil-building cover crops on nine. Permanent erosion-preventing plants grow along the field edges. 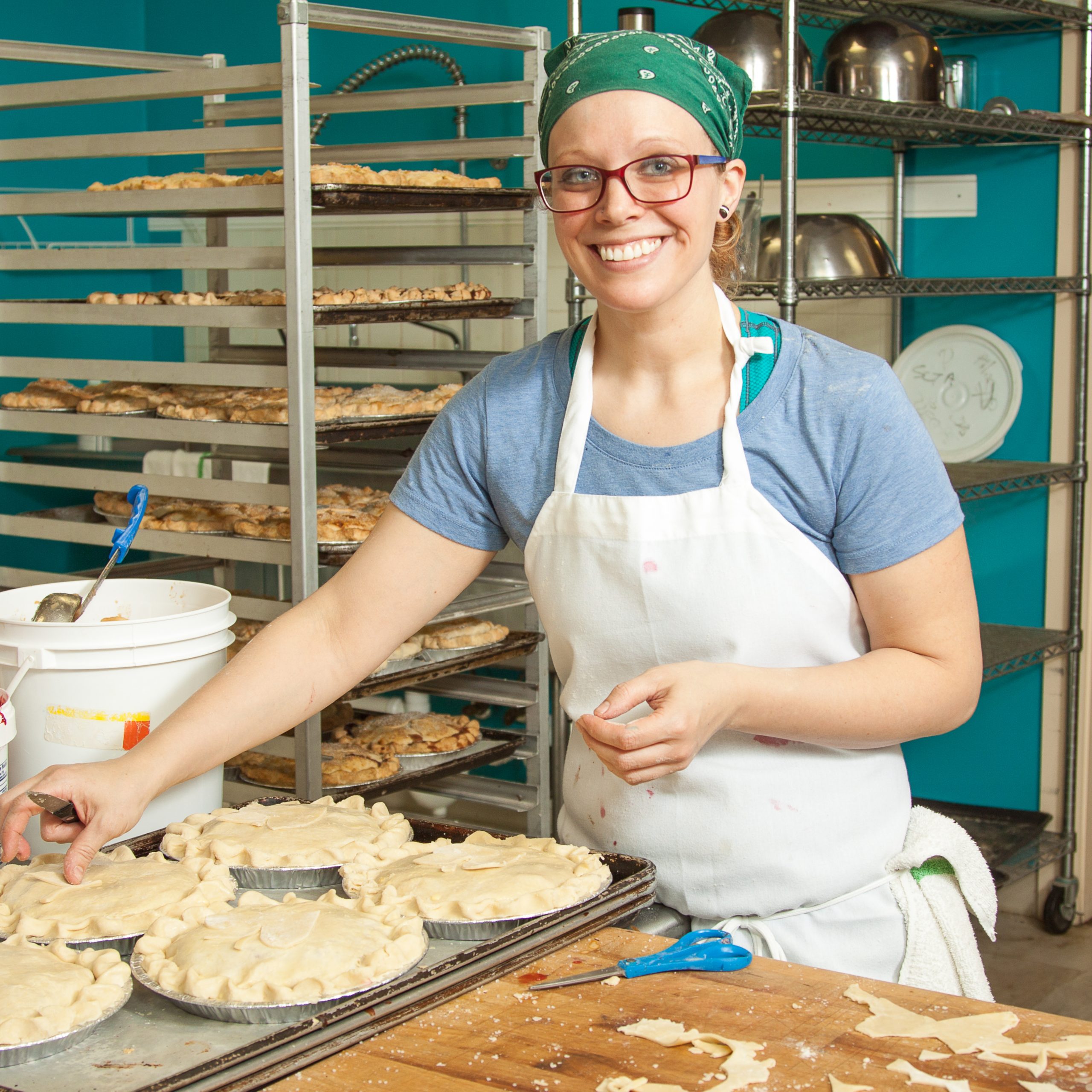 Aubrey Saxton believes everything you put in your mouth should be the best it can be. “If you’re going to eat a brownie or piece of pie, make sure it’s not just satisfying your sweet tooth, but also your soul.” Aubrey and her Saxy Chef team make everything by hand, with love, using only the very highest-quality ingredients in a very cozy space on downtown Antrim’s main street.  Aubrey’s pies are a must for your Thanksgiving and holiday get-togethers when you can pre-order your favorites but thankfully we can indulge all year long as she delivers pie, whoopie pies, and other baked goodies to the co-op almost every week of the year. 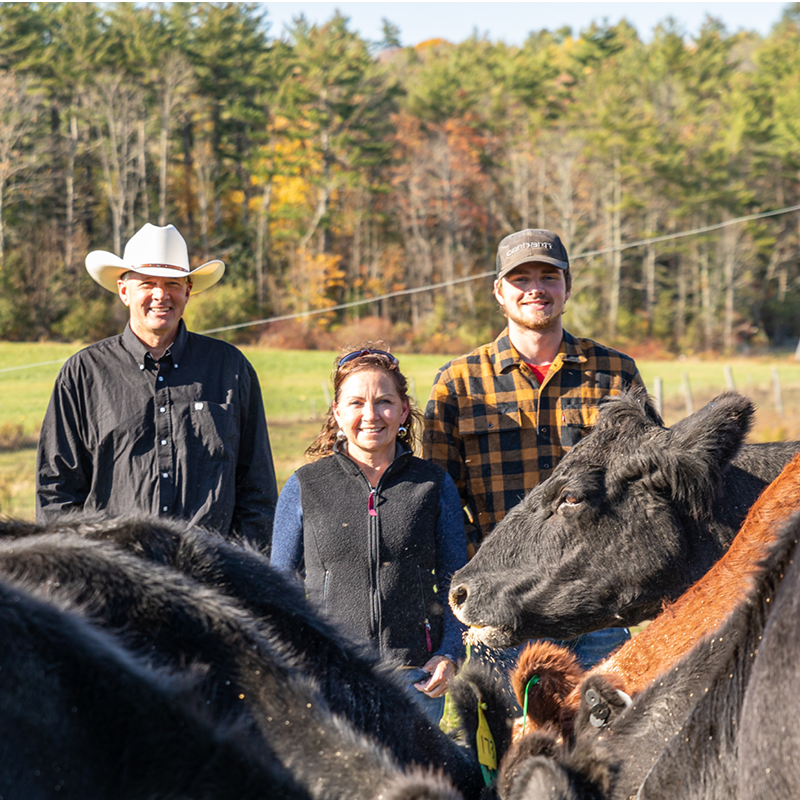 Tensen is a small family farm run by Arend and Paula Tensen and son, AJ offering high-quality, grass-fed beef with a grain finish which is also grown on the farm. The main Tensen farm is located on a former dairy farm which Arend and Paula bought in 2014. Paula is an eighth-generation member of the Balch family to live in this Connecticut River town, located in the Upper Valley of Grafton County. Although not all have been farmers, AJ has high hopes of being a ninth-generation Balch to live in Lyme and make his living from the land. You can follow AJ known as “The Beef Farmer” on YouTube and Instagram for a glimpse of daily life at raising and processing field crops and working with cattle. Tensen Farms has been designated a “New Hampshire Farm of Distinction.”

Our phone lines will be down after 3pm today (Jan. 18).  Please contact us via our online form if you have any questions.