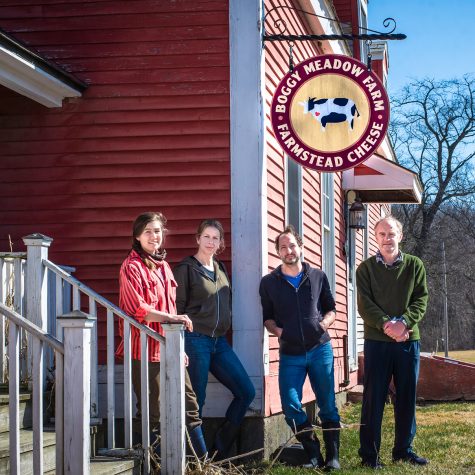 Boggy Meadow Farm is a local farm located in the rich, fertile farmland of the Connecticut River Valley in Walpole, NH. In the same family since 1812, they are strong supporters of land conservation and our local community. Marcus Lovell Smith began making cheese in the mid 1990s, using the 1780 house at the center of the farm. Now with a small team including head cheesemaker, Evan Sabatelli, they produce a series of Alpine cheeses from their raw cow’s milk. A co-op favorite, Boggy Meadow Baby Swiss, is based on a traditional recipe. Their unique cave-aged Fiddlehead Tomme has been developed and refined at the farm. Both are a delicious must-try!

Stop by our produce department for a hot cup of ci