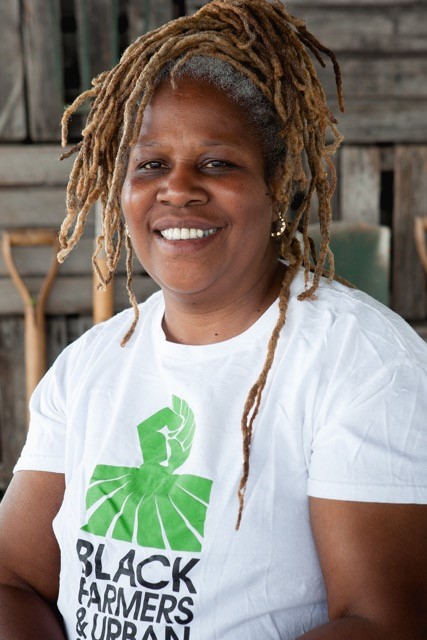 Karen Washington has been a community gardener and activist in New York City since 1985. As a New York Botanical Garden trustee, she currently works with Bronx neighborhoods to turn empty lots into gardens. In her earlier role as an advocate and former president of the New York City Community Garden Coalition, she championed garden protection and preservation. She’s also active with the La Familia Verde Garden Coalition, helping to launch a City Farms Market to bring fresh vegetables to the community. She serves as a board member of organizations such as Why Hunger and Just Food, often leading workshops on food justice and growing food. Washington is also a co-owner and farmer at Rise & Root Farm. In 2012, Ebony magazine voted her one of the 100 most influential African Americans in the country. In 2014, she was the recipient of the James Beard Leadership Award.

October is a busy month for us! Head over to our w

Just a few more days to register for Michele Chali

Three virtual workshops happening in the next few